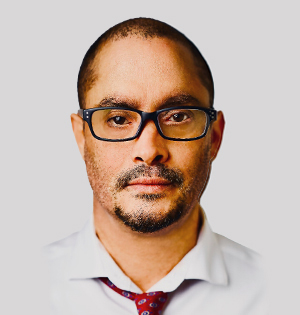 I began working for Hicks & Hicks as a Law Clerk in 2014 and, after attending John Marshall Law School in Chicago, I joined the family practice as an attorney focusing on both Employment Discrimination and Tort Law.

Under the guidance of Rick and Eugenia Hicks, who specialize in employment discrimination claims, I developed a keen sense for recognizing potentially viable claims, analyzing a client’s legal options, and finding the most effective path forward in order to find the best possible recovery for my clients.

Prior to joining the firm, I worked in noted restaurants in Los Angeles and Chicago, as well as one of the most decorated hotels in the world. Throughout my time working in the restaurant and hospitality industry, I saw and experienced firsthand how employees had a voice that was rarely heard, how these employees were underrepresented, underpaid and undervalued, and how their earned employment benefits were denied. I observed how these industries often engage in unfair treatment and “wage theft”. Today, as a lawyer, I advocate for those who do not have the tools to advocate for themselves. Whether an employee is being denied meal or rest breaks, or is forced to work “off-the-clock”, or is not paid for overtime work, or is a victim of siphoned-away tips, or suffers retaliation when he reports wage theft, I have the experience, training and passion to fight for that employee.

I also represent victims of intentional torts, such as assault and battery, false imprisonment, intentional infliction of emotional distress, and mental/physical abuse as well as victims who have suffered injuries caused by the negligence of others. I represent individuals involved in car accidents, motorcycle accidents, slip and falls, construction accidents, boat accidents as well as other negligence claims.